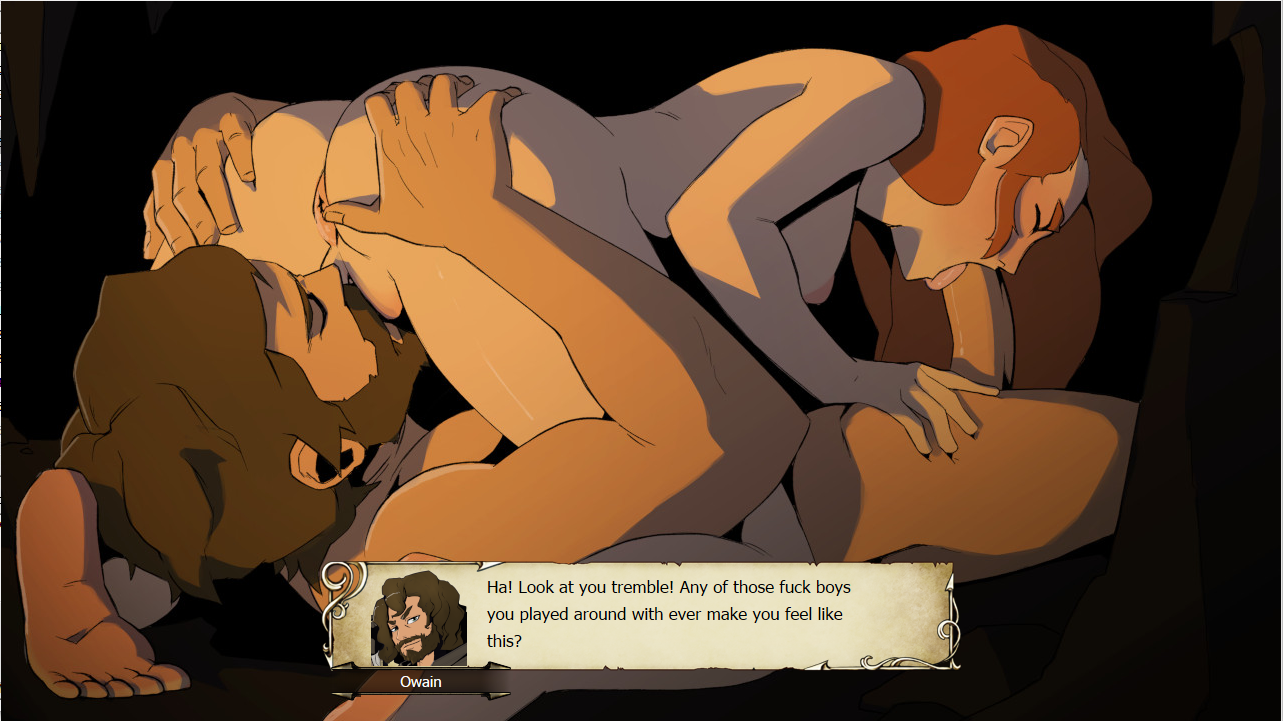 Join our hero as he ventures down into the caverns, to an almost certain death.
Joined by who he suspects might be the love of his life,
they’ll face obstacles and opponents that test that supposed love down to its core.
Will Carwyn be able to overcome his doubts and fears?
And will Gwenivier still be waiting for him when he does?

Netoria Tactics: Revolution is an erotic SRPG with a NTR theme.
Said NTR is fully avoidable based on how you play the battles.
Other members of the party will try to grope the pair, luring them over to their side.
Based on your positioning you can avoid this, but you’ll be at a major disadvantage in the battles.
NTR possibilities include three different men trying to win Gwenivier’s affections, a female rival for Gwenivier obsessed with Carwyn,
and a male to female transformation for Carwyn leading to him becoming the groups play thing.
You can play the game with all perspectives enabled, or hide Gwenivier’s,
only seeing her corruption through context and overheard snippets of conversations.
A walkthrough to getting the various routes and secrets is included in the game files.

The game is in development, with monthly releases until it’s fully finished. If all goes according to plan it will be done in May.
February: 4 levels, up through chapter 4.
March: 3 levels, up to chapter 5.
April: 3 levels, up to the end of the main story.
May: Epilogue levels for all main paths.
If you want to support the game’s development and get early access to content, consider joining my . You can also join my if you have Patreons, questions, or just want to discuss my games in general.
Netoria Tactics: Revolution
PC, Mac, Linux
Game rating: 5 57

Welcome to the adult world of meetings with your secret wishes. Get this from MEGA or other file hostings right now, unzip, easy install and play this interactive game.

Try to be a smart man and get what you really want. It will be not just simple robots, there will be a lot of interesting persons that you’re totally gonna like.​ Will you find love and happiness? Will you be a good man? Will you abuse your power and authority? Start now!