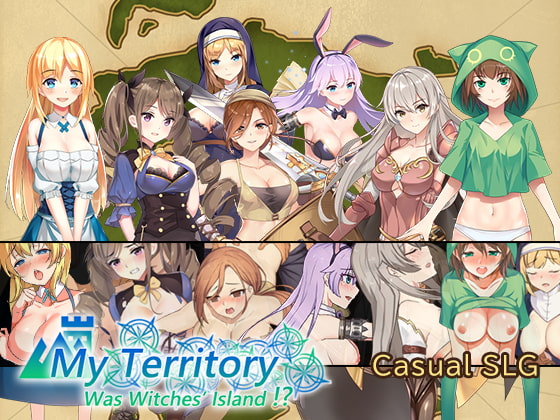 Description:
You got an island as awarded and became a noble, But this is not the happy end but a beginning, The island was the nest that witches used to live,
Now it’s your turn to govern this island and let all of them know you’re the true owner here,
The witches’ legacy may attack you sometimes…
: More
Territory Management X Tower Defense SLG
Rule the land and live with people there, Protect the small town from all enemies. You action may change the Moral Point and other status,
You could be a kind lord or a bad one just like Blue Beard. It’s all your call.

My Territory – Was Witches Island!?: screenshots

Developed by Pasture Soft, My Territory Was Witches’ Island!? is a simulator, in which you play as a nobleman and a landowner. After serving your king for three years, he rewards you with an island said to be cursed and inhabited by witches. Since you do not believe in these superstitions, you gladly accept your role. It’s now your job to raise money, collect taxes and protect people from unknown threats, but that doesn’t mean you can’t have a little fun on the side. As a noble, you can collect taxes, build protective structures, hire people to work in your town, as well as buy and sell supplies. Since you are a noble, you must pay taxes to the king, but you can also collect legal and illegal taxes from your people. If you collect taxes illegally too often, they will revolt and dethrone you, resulting in game over. If you choose not to collect taxes, your morality and reputation with the people will increase. Hire people to work in your town, like ordinary townspeople to create supplies to sell and soldiers to protect the town from pirates and other invading threats. You can only hire a limited number of people in your town, so you will need to build to expand it. Building in the game can help you grow your resources or protect your city. You can increase your income by creating and expanding your town, mine and fishing port. By creating structures – including walls, towers and traps – you can also fend off enemies attacking your territory.

One Comment on “My Territory – Was Witches Island!? [COMPLETED]”