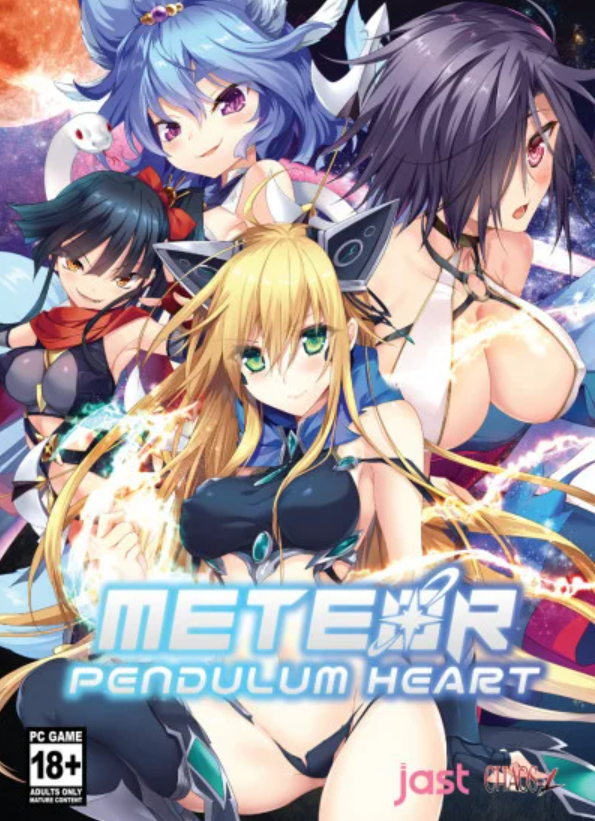 Meteor Pendulum Heart is brought to you by xGames as a part of our best adult games list. Free download of this adult game is available with just a few clicks. New and only best games are delivered to you on xGames.

A storm brews on the horizon as Umi, a normal student, sees himself embroiled in a conflict of galactic proportions, facing the suspicion of the Galactic Police and Don Dokgar’s encroaching menace. Watch as he uncovers his past, alongside Alyssa of the galactic police, and goes from puny zero to galactic hero in this sweet space adventure.

: More
Earth is home to a special source of energy, and because of that, a criminal organization called Crime Nebula tries to conquer the entire planet to take this energy for themselves. Umi (the protagonist) is a boy that was abandoned by his parents, and his dad was the best investigator of the galactic police, ever. One day, Umi meets Alyssa of the galactic police while she’s on a mission to fight the Crime Nebula on Earth. However, when Umi finds Alyssa, she’s in a tight situation. Umi helps Alyssa by using this special source of energy that Crime Nebula seeks. Apparently, Umi has a vast amount of this energy.
: Trailer

Welcome to the adult virtual world of meetings with your wishes. Free download from MEGA or other file hostings right now, unzip, easy install and play this interactive game.

Be a smart man and take what you want. And it will be not just simple robots, there will be a lot of familiar characters that you’re totally gonna like.​ Will you find love and happiness? Will you be a good man? Will you user your power and authority? Try now!