Krys will be sent to a jungle planet in pursuit of an escaped criminal, a female lust demon. Shit happens with her ship and she barely manages to land in a rain forest near the last location of her target…: a village of strange lizard/dinosaur-like people. Krys learns the lust demon instigated some chaos before moving forward to a location of special religious significance to the natives. Krys is prevented from pursuing the lust demon unless she proves her worth and helps the clan going back on their feet.
This game is a remake from the developer team of the first series LoK: Rebirth and still under development.​

The Launcher is recommended for launching LoK:Rebirth.
(Windows)
Hello everyone! We’re excited to announce after nearly one year in development, the LoK:Rebirth Tech Demo for the remake. As many of you understand the game has been in the process of being remade over the course of the last year.
(Gizmo) I was recruited onto the project nearly exactly one year ago while I was interning at Electronic Arts as a software engineer. Since then I’ve progressed to being a senior in college and onto other jobs that I’ve since then quit to focus on just this game and build up an audience for our game and to work as the Development Lead for the team. I took over about 2 months ago and since then I have learned a lot about our workflow that we have been improving and getting onto writing. We are doing consistent weekly meetings to ensure we are on the same page and progressing. I know a year is a long time to have waited but as things move forward, we hope to win you over with a unique experience in a much quicker cycle.
The Future
Moving forward we are aiming on releasing 2 major patches to the Tech Demo that will include two animations along with updates to the current animations, dialogue animations, and bug fixes as we encounter them.
During this time most of the team will also be shifting to Milestone 2 and getting content started for the next Milestone. Personally I’ve found some things that can be improved with a couple systems but I don’t expect those changes to take long.
Here’s a sneak peak of what’s in plan for Milestone 2 (Version 1.0.0). We will release updates when possible, we won’t wait for everything to be in before releasing but this will be exclusively our aim.
– Launcher — In-Progress
– Talents/Magic
– Character Customization
– Hunger System
– Combat
– Lust Mechanics
– Federation Ship — In-Progress
– Razorclaw Village
– Minigames
– Extra (Dev Inspiration and other little things we come up with)
This will be the start of the game from the Federation Ship to the Razorclaw Village. By the end of this it’ll be the start of a real game.
Again, this is a tech demo there are likely still some issues. If you encounter anything, please don’t hesitate to contact us and we can help you sort anything out. 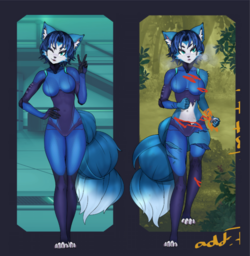 Enter an virtual world with your secret wishes. Get this from MEGA or other file hostings right now, unzip, easy install and play this adult game.

Be a good player and take what you really want. And it will be you next second life, there will be a lot of familiar characters that you’re totally gonna like.​ Will you find love and happiness? Will you be a good hero? Will you abuse your power and authority? Start now!