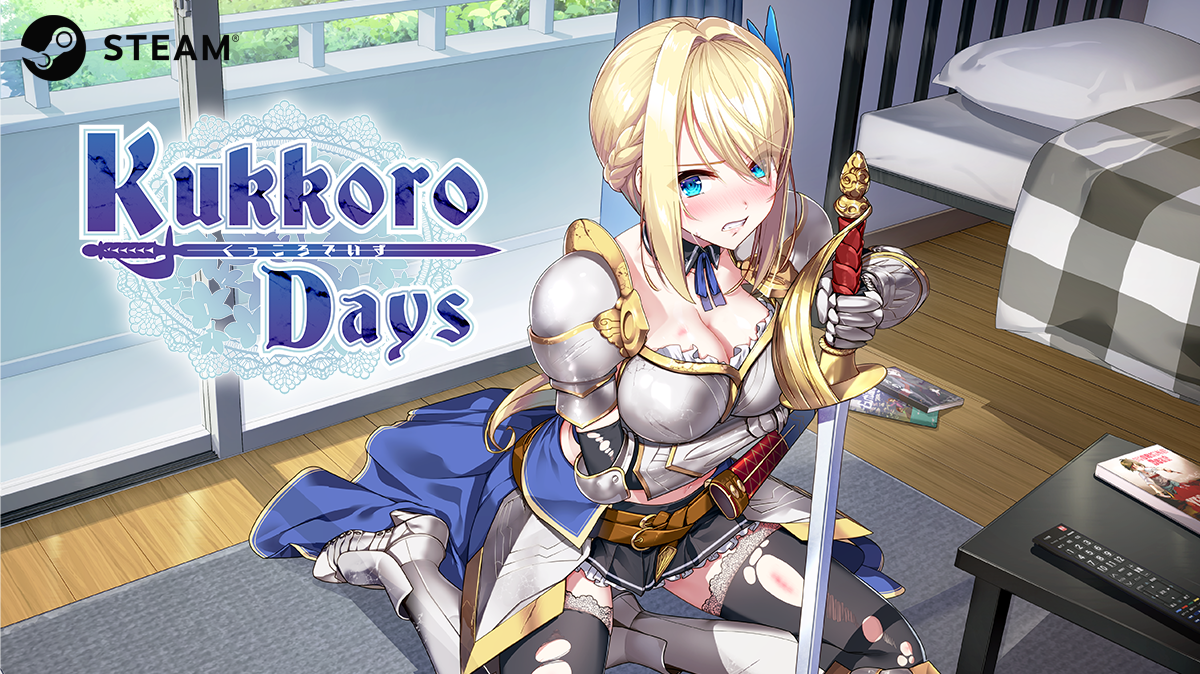 KukkoroDays is brought to you by xGames as a part of our large adult games collection. Free download of this sex game is provided with just a few clicks. Games like KukkoroDays are delivered to you on xGames.

The main character’s mundane daily life is turned upside down when a certain woman appears in his life.
One day, a magic circle suddenly appears in the main character’s room, out of which materializes an injured woman holding a sword and clothed in knight’s armor.
This woman’s name is “Cattleya”.
She claims to have been reincarnated from another world.
Until she finds a way to return to her own world, she will be an unexpected guest in the main character’s home…
Will Cattleya be able to safely return to her own world? Or could her fate take another turn…

There were 2 versions, which is the Steam version of KukkoroDays and one published in an uncensored version on Denpasoft. Although the patch is free, this version already includes the uncensored/adult patch. Qureate’s Eroge is an isekai about a lady knight who is suddenly reincarnated in the protagonist’s bedroom. Cattleya is the straight-faced commander of a noble knight. One day, while fighting monsters, she is mortally wounded and falls unconscious. Shortly after, she enters a magic circle that appeared in the main character’s room. Cattleya has reincarnated in modern-day Akihabara and she doesn’t know how to return to her world. She will have to rely on the main character to support her and help her understand how to integrate into this new world. In her previous life, she always had her guard in case of a sudden battle. Now she lives in a peaceful world that is not so hectic. There are multiple choices/paths through out the game, and you might find different endings or outcomes depending on what you choose.