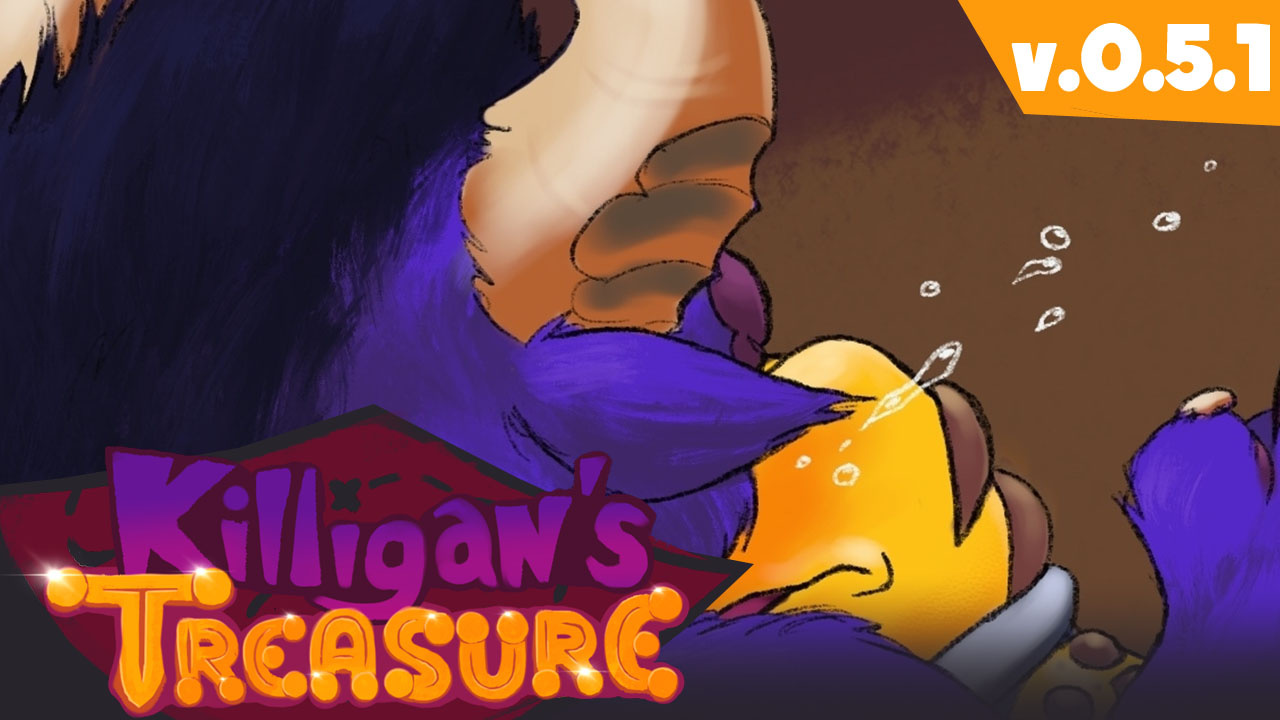 Set in the land of Canavar, you play as a bull-like barbarian named Killigan Stoneworth, determined to follow an enchanted treasure map throughout the world. He meets several companions along the way that join him in his quest for unimaginable riches, and who can become more than companions, if you wish.

: more info
Killigan’s Treasure follows an overarching plot at heart, but you CAN choose to pursue a relationship with certain companions (All relationships are currently M/M). Each of them has their own backstory and events that tie back into the overarching plot, so you don’t miss out on any story-critical information just for pining after a boyfriend.

Deep in development, will be a work in progress for a while to come. Beware, it’s mature content and only for people ages 18 and up. The game is put into towards for someone that into gay stuff.
Content updates are usually uploaded during the last day of each month.
The game is a unique visual novel game and the most interactive stuff I’ve ever seen for a game like this. It has furry aspects on every characters/the world realm and really bright for the graphics and design but it’s quite dark for a story.
If you’d like this game and want to have the newest version check it out on the link here below free and support the developer:
https://eddio.itch.io/killigans-treasure