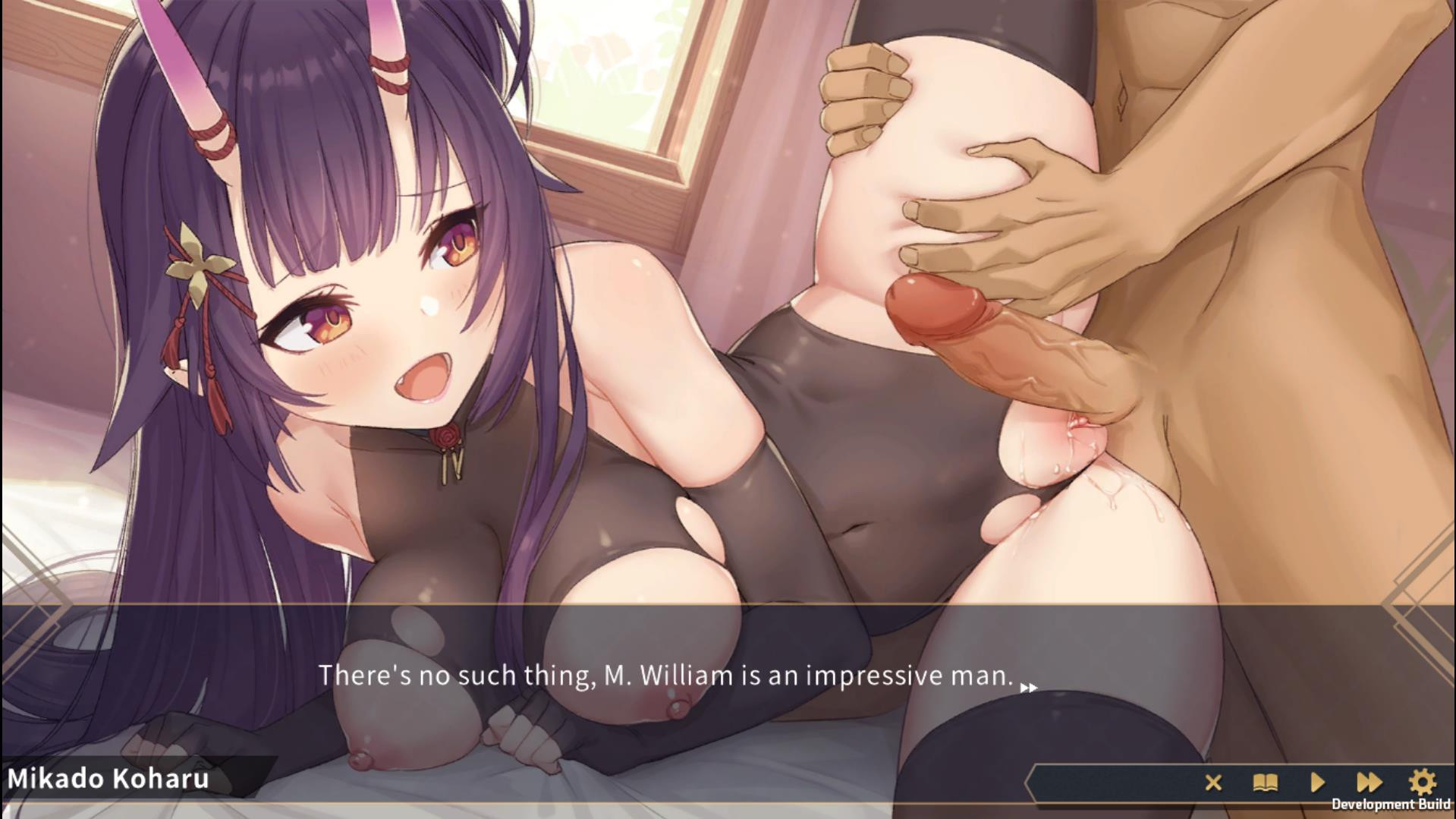 Jerez’s Arena Ⅱ is published on xGames as a part of our best adult games list. Direct download of this adult game is available via few clicks. All new games and different updates are delivered to you on daily basis by xGames.

On a corner of the Capital city, the daughter of the Kingdom’s Regent,
one of the Eight Greatest Merits Founders Echnar Family, Sigrid, secretly became a gladiator behind the back of her family.
On the other side, LoWen, a spy from the enemy country, Cyounichi,
disguises himself as a slave trader and sneaks into Jerez’s Arena with an Oni assassin, Mikado Koharu.
The story of these three, is going to begin in the Jerez’s Arena.​

Gameplay
Operation: Let the slaves earn money through “Quests” of the game. The player can use the money for ‘Facility Improvement’ and ‘Conditioning’ slaves, to let them take higher levels of quests, in order to earn more money.
Characters Growth: Through ‘Training’ and ‘Conditioning’, slaves can improve their strengths and learn battle skills. After ‘Facility Improvement’, besides a better effect of ‘Training’ and ‘Conditioning’, the shop will also have some Strong Skills Packets, that’ll greatly increase the Battle Strengths of slaves.
Arena Battles: There are many battles in the Arena for the player to challenge; victory can earn generous rewards. The player can choose any slaves, each with different Fighting Styles, to join the battle; and can freely pair all kinds of skills to fight. Customizing skills in accordance of the enemy’s weakness is more beneficial to the battle.Game Features
24 basic CGs, including more than 200 differentials.Game text: 100,000A continuation of Jerez’s gladiatorial worldviewDifferent battle style slaves can be raised freelyTaught and defeated! Various types of eye-catching CG picturesStoryline options and battlefield results affect the game’s ending
Jerez’s Arena Ⅱ
PC, Mac, Linux
Game rating: 5 98

Welcome to the adult world of meetings with your wishes. Get this from MEGA or other file hostings, unzip, easy install in a couple of minutes and play this interactive game.

Be a smart man and get what you want. And it will be not just simple robots, there will be a lot of familiar characters that you will met.​ What will you do? Will you be a good hero? Will you abuse your power and authority? Try now!