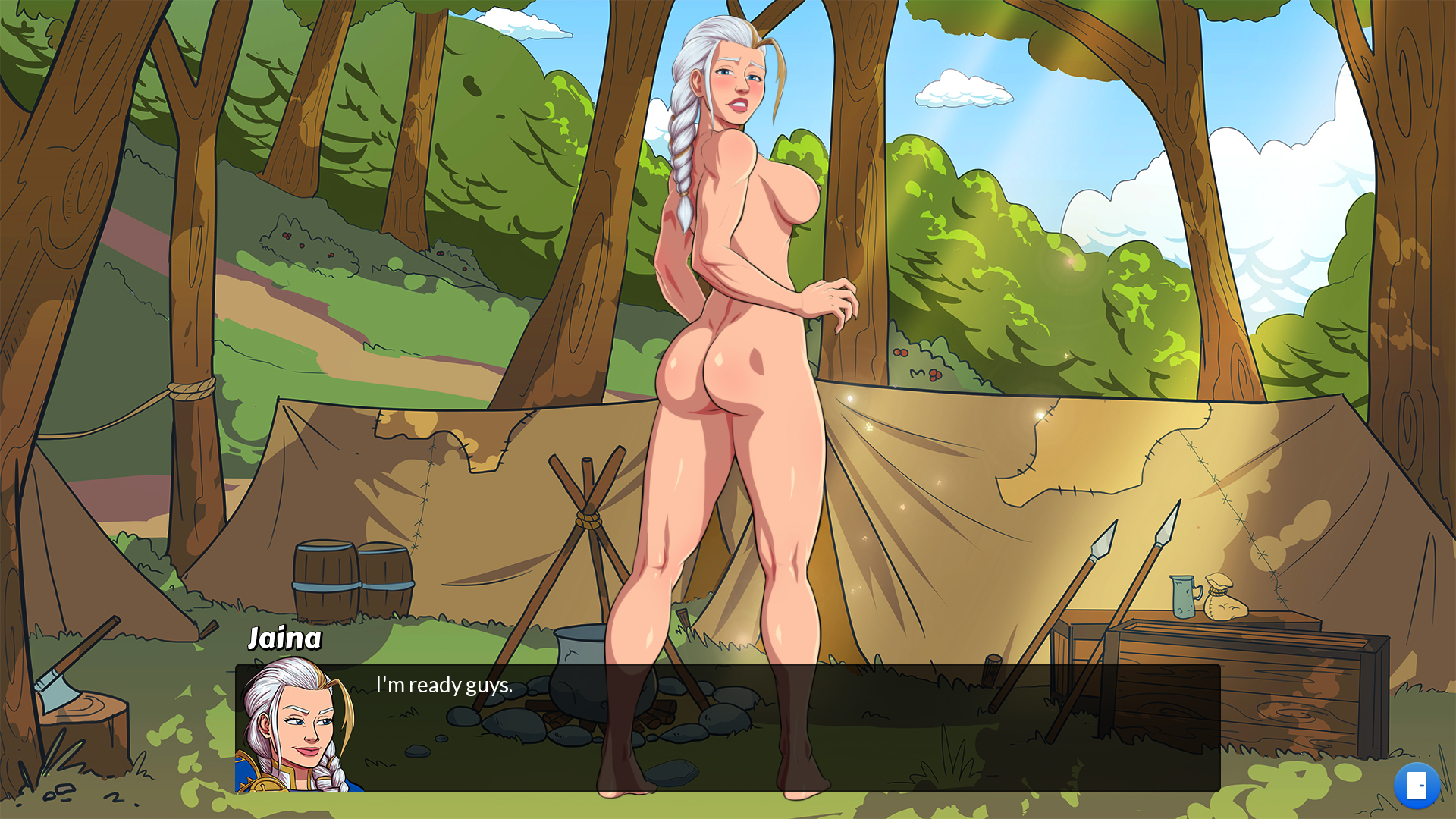 Jaina’s Lewd Adventures is a visual novel with explicit and suggestive content for adults.
The main plot of the story is focused on Jaina’s return to her homeland, Kul Tiras,
and discovering that she has to deal with a lot of problems happening all over the kingdom.
The idea is to show each problem to be solved as a single short story.
Also, the atmosphere of the different parts of each story may resemble a comedy and include funny situations.​

What about the future?
If you have checked out the public demo, I just want to say that this is just the beginning. I have a lot of other lewd stories planned for you, in which Jaina will be entangled.
What interesting things could she find in the workshop of the goblins and gnomes on the Mechagon island? How many tentacles await her once she tries to cleanse the land of the remaining servants of the void. Perhaps Jaina will have to deal with an entire troop of orcs that made a camp suspiciously close to the human city?
Despite the fact that Jaina is main character and the focus of the story is always on her, there will of course be other of your favorite characters. Lady Katherine is here since the begining and maybe she will get into a trouble too? Perhaps Valeera Sanguinar will appear with an important mission and accompany Jaina? Maybe you would prefer to see Alexstrasza looking for lost dragon egg in Kul Tiras and asking Jaina for help? Maybe Jaina will take a breather for a while one day and talk about her old stories in which she met Sylvanas or other beautiful heroines?
The possibilities are many, and there will certainly be no shortage of different variety and crazy stories involving these and many other characters.
The visual novel is a fan-based parody. Blizzard Entertainment owns rights to World of Warcraft and characters from there.
Jaina’s Lewd Adventures
PC, Mac, Linux
Game rating: 5 10

Welcome to the adult virtual world with your wishes. Get this from MEGA or other file hostings right now, unzip, easy install in a couple of minutes and play this adult game.

Be a smart man and take what you really want. It will be you next second life, there will be a lot of interesting persons that you’re totally gonna like.​ Will you find love and happiness? Will you be a good hero? Will you user your power and authority? Try now!