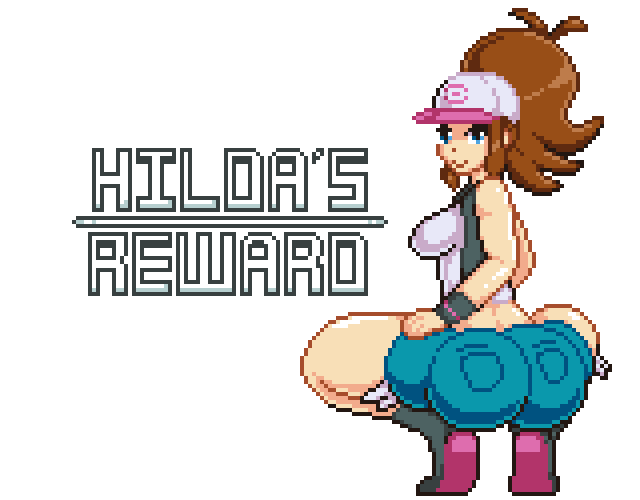 Hilda’s Reward is brought to you by xGames as a part of our large adult games collection. Free download of this sex game is available via few clicks. New and only best games are are always available for you is always here. 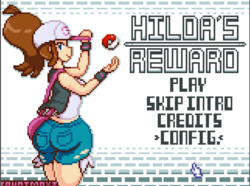 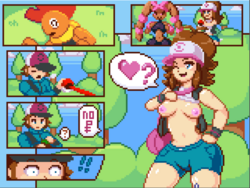 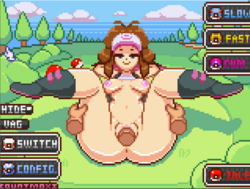 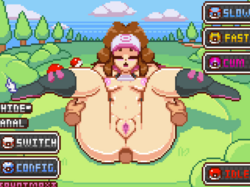 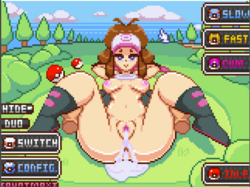 It’s an amazing short simulator pixelated animated game featuring Hilda one of the characters from the Pokemon series. Hilda (Japanese:トウコ Touko) is the female protagonist in Pokémon Black and White. She’s the counterpart to Hilbert. Interestingly enough, Hilbert is often referred to as Black while she is often referred to as White. The developer seems to have used an unusual game engine in this game, which I find rare to see in most adult games. The visuals, animation, and graphics are fantastic. I think it is one of the best adult games parodying Pokemon that I have found so far. You can arrange and choose what to do in the game, but there are not many scenes and things to do. There are voices and SFX included in the scenes, which is a plus point for the game.
For the bonus loop : Just click pokeballs near Hilda’s character.