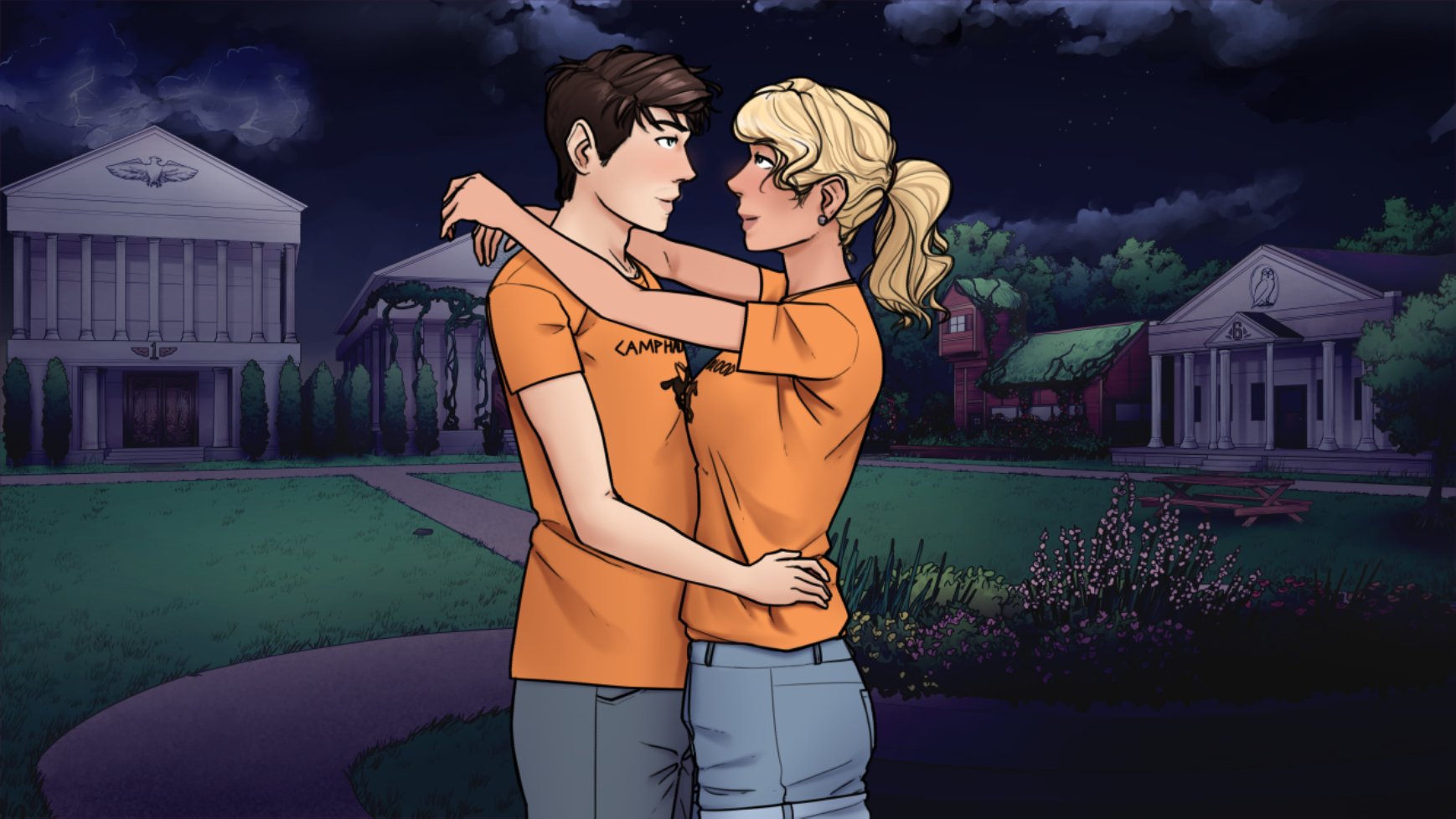 After the events of Blood of Olympus, Percy Jackson is looking to finally get a break from the constant questing he has been on since he stepped foot in Camp Half Blood. But it appears as though he isn’t going to get that lucky, as he recieves a proposition from the Titaness of Memory one fateful night…

The in game story takes place shortly after Heroes of Olympus, and basically in a slightly modified timeline from Trials of Apollo. Long story short, Apollo isn’t really into being a God anymore, so he doesnt have a reason to quest. Essentially, the gods take the muses captive, and Percy needs to get them back, since they happen to be Mnemosyne’s children in classical mythology.

v0.1.6
* main story parts 1-5 are a tutorial now
* gradually unlocks locations as needed
* waiting is disabled during intro
* piper and rachel’s stories no longer start with hints (must be initialized by talking to them
* added the capability to patch old saves
* changed score to win volleyball from 10->5
* added a tutorial to the end of the intro
* added default injury interactions
* added “give it a shot” interaction at the climbing wall
* added piper to the courtyard after you get banned from the volleyball court
* added evening + night interactions to piper
* added disclaimer + logo splash * added credits
* added debug options: set tod, unlock all map locations, enable waiting, advance day
* added morning interactions for cabin 10 and 6
* added choke pose for nico during ch. 2 of his story
* added fade from black transition to loading games
* removed fake yankees cap
* fixed general store bugginess
* incl bug keeping an items name and price on the screen after being bought, upon re-entering the store
* minor changes to piper’s default day dialogue at the vball court
* rachel changes her outfit if you interact with her in the morning
* fixed journal stats background
* changed percy’s embarrassed expression
* new cabin 10 interaction after getting banned from vball
* fixed wrong volleyball dialogue
* minor grammar fixes

This project has been in the works for a while now, COVID took a hard hit on our team, but it’s here now! Please do NOT go into this build with the anticipation of getting a finished game, or even a fleshed out game. This is more of a proof of concept build, we want you to see what we have so far. We are making steady progress and have huge aspirations for where we want to go with it. We hope you’ll be here to support us and watch it grow. The current version here has minimal NSFW content, but it is obviously coming and fast. We do plan on redoing some of the character art as well, but nothing is set in stone. If you have any questions or feedback, feel free to use the server or my personal discord. Thanks!
Demigod Quest
PC, Mac, Linux
Game rating: 5 58

Try to be a good man and get what you want. And it will be not just simple robots, there will be a lot of interesting persons that you will met.​ What will you do? Will you be a good man? Will you user your power and authority? Try now!