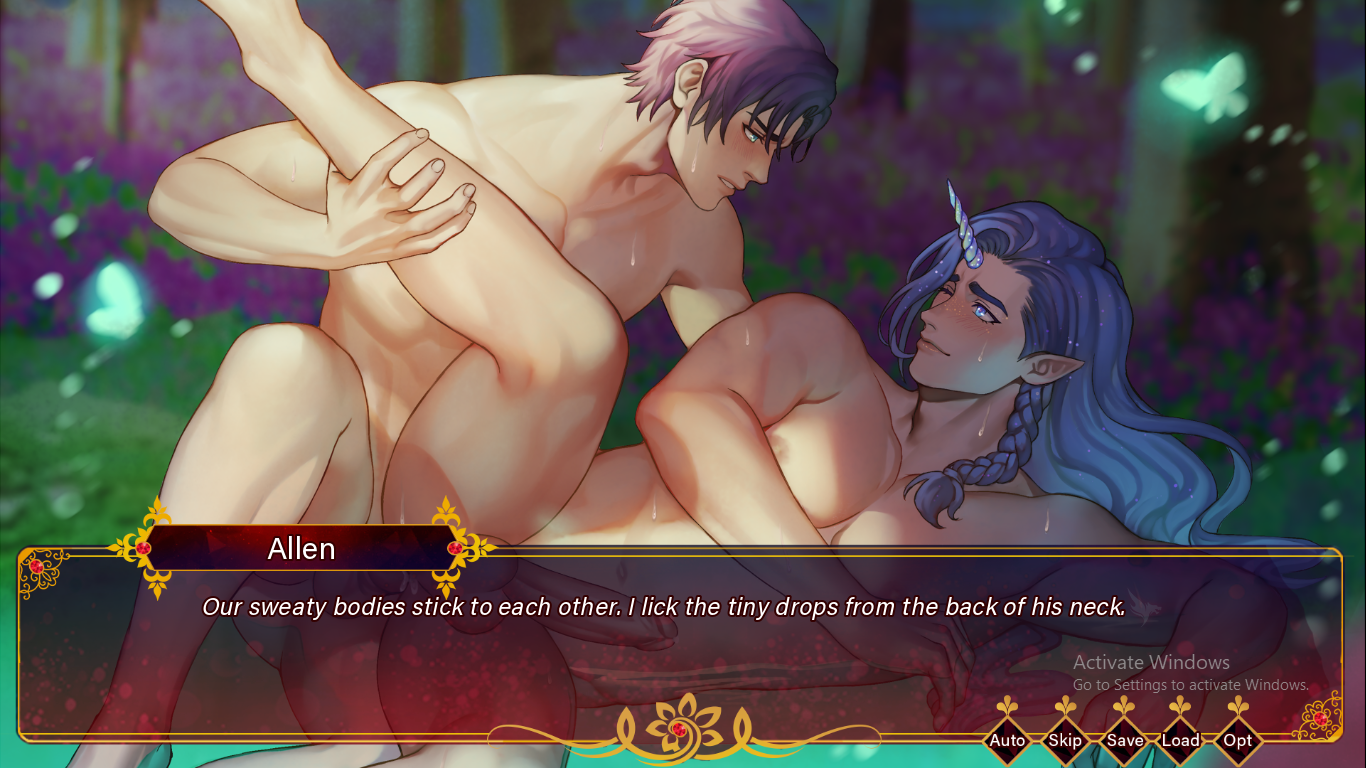 Dear Monster is brought to you by xGames as a part of our best adult games list. Free access to this game is provided with just a few clicks. New and only best games are delivered to you on daily basis by xGames.

Allen thought he had his life all figured out. He just graduated university and was headed off to med school.
Then a strange letter arrives from a grandfather he never knew.
He’s pulled onto a new path toward a strange mansion filled with even stranger creatures.

These fantasy beings shouldn’t even exist–and yet, they’re somehow familiar. Allen has no time for mysteries, but when he tries to leave he realizes he’s trapped, and so are the magical monsters! Allen must solve the mystery of his own past while learning magic by “bonding” to one of the fantasy creatures. Otherwise he’ll never get free!
An adults only tale of magic and love between man and monster with art by the famous bara artist Jouvru! Will Allen escape the magical mansion and continue the life he planned–or has his entire world been turned upside-down?

Featuring Animated 3D Character Sprites
Static Sprite Option for Slower Computers
Each Love Interest has a Monster Form!
Includes 40 CGs by the Esteemed Artist Jouvru!
Four Routes with a Fifth Orc Route Coming After Launch!
A Beautiful Original Sound Track of 15 Songs!
Over 200,000 Words of Story!
Numerous 18+ CGs Throughout!
19 Possible Endings!
Press ‘v’ to Have Dialogue Read Out Loud
Slower or older computers will need to play with the static sprite option selected.
DOWNLOAD
Win/Linux/Mac
: – – – –
Others: ANDROID* – COMPRESSED*
* This unofficial port/version is not released by developer, download at your own risk.
​
Dear Monster
PC, Mac, Linux
Game rating: 5 89

Be a smart man and get what you want. It will be not just simple robots, there will be a lot of interesting persons that you will met.​ Will you find love and happiness? Will you be a good hero? Will you abuse your power and authority? Start now!