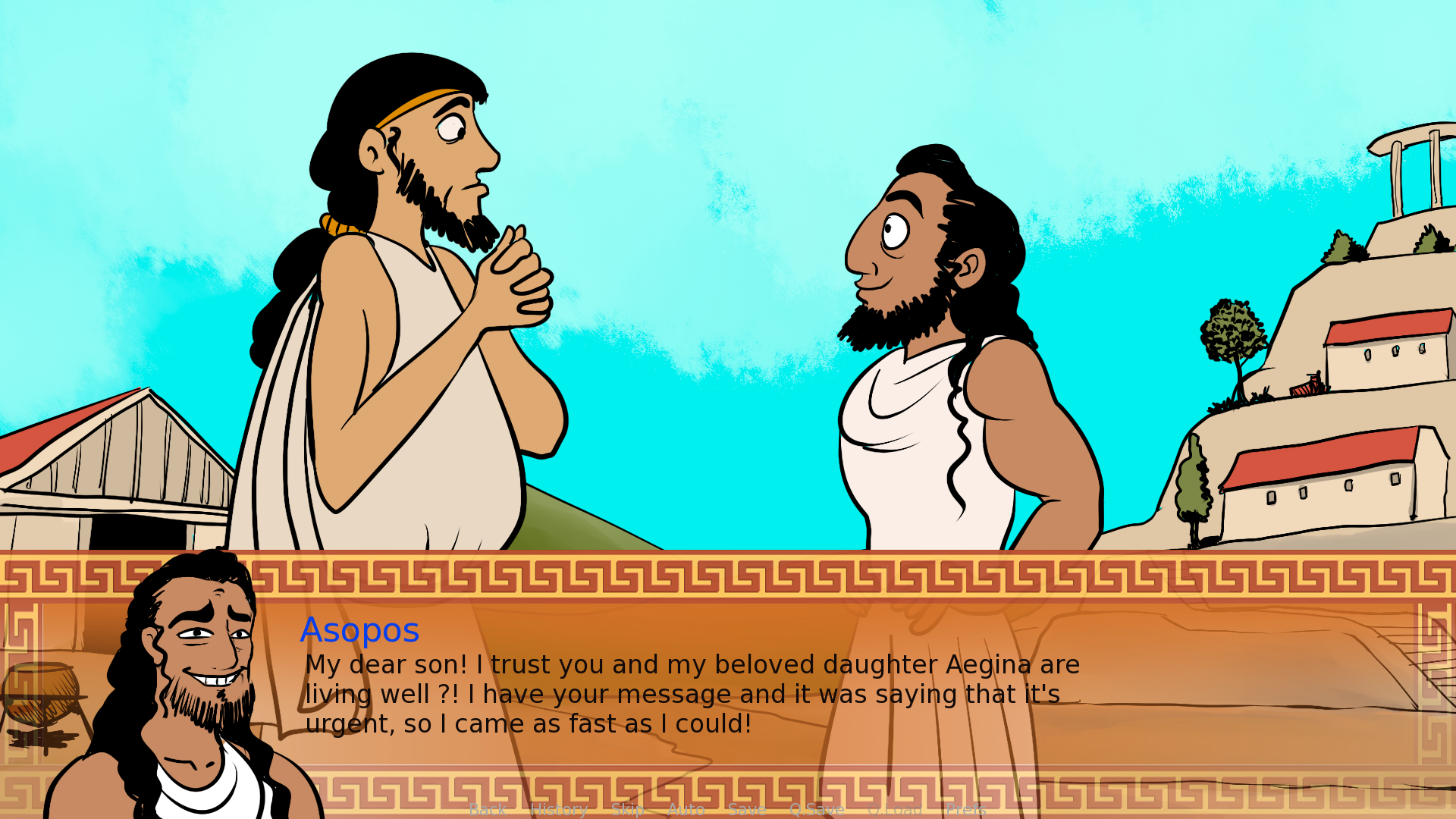 My own take on the “Greek Myths and Legends” – it will be a long-term project – following the known myths and legends of the heroes and gods. It should follow the stories of the mentioned using my own style and way to show it to the public.​

My first goal here is to tell the story of the greek hero Peleus ( who appears to be the father of Achilles ). I haven’t reach Peleus appearance yet, because I started with the story of his grandparents and then his mom. Despite the fact that I started to follow Actor (the name of one of the characters), I can’t tell that he’s the main character in this project.
There will be no main character in this, once the story of one is told, another one comes. Please indulge me by naming this project of mine “an interactive comic”. It doesn’t have the ability to be a game, and definitely does not possess the qualities to be a novel. This is my first Renpy project ever, as I’m working with it since the end of January 2022. My work on it still goes on now, as we speak – or in between my main works.
I am having a lot of fun, while making it. The project is not finished , and if there’s interest in it – it won’t be finished any time soon – due to the tons of stories that come within the Myths.
So far is pretty short, but this has to be the beginning only.
Artwork, crispy animations, scenarios, dialogues, coding – Dave Rooder( aka Mavruda), that’ll be me.
This project has ongoing character and will be updated around the end of each month or the beginning of the next, despite the progress I made with it. This project of mine is free to see and it MUST remain as it is. Those who like follow me for more stuff and for support.
Thanks,
Dave.
Dave Rooder’s Greek Myths and legends
PC, Mac, Linux
Game rating: 5 46

Welcome to the adult virtual world with your secret wishes. Get this from MEGA or other file hostings, unzip, easy install and play this interactive game.

Be a good player and take what you want. And it will be you next second life, there will be a lot of familiar characters that you will met.​ What will you do? Will you be a good man? Will you abuse your power and authority? Try now!