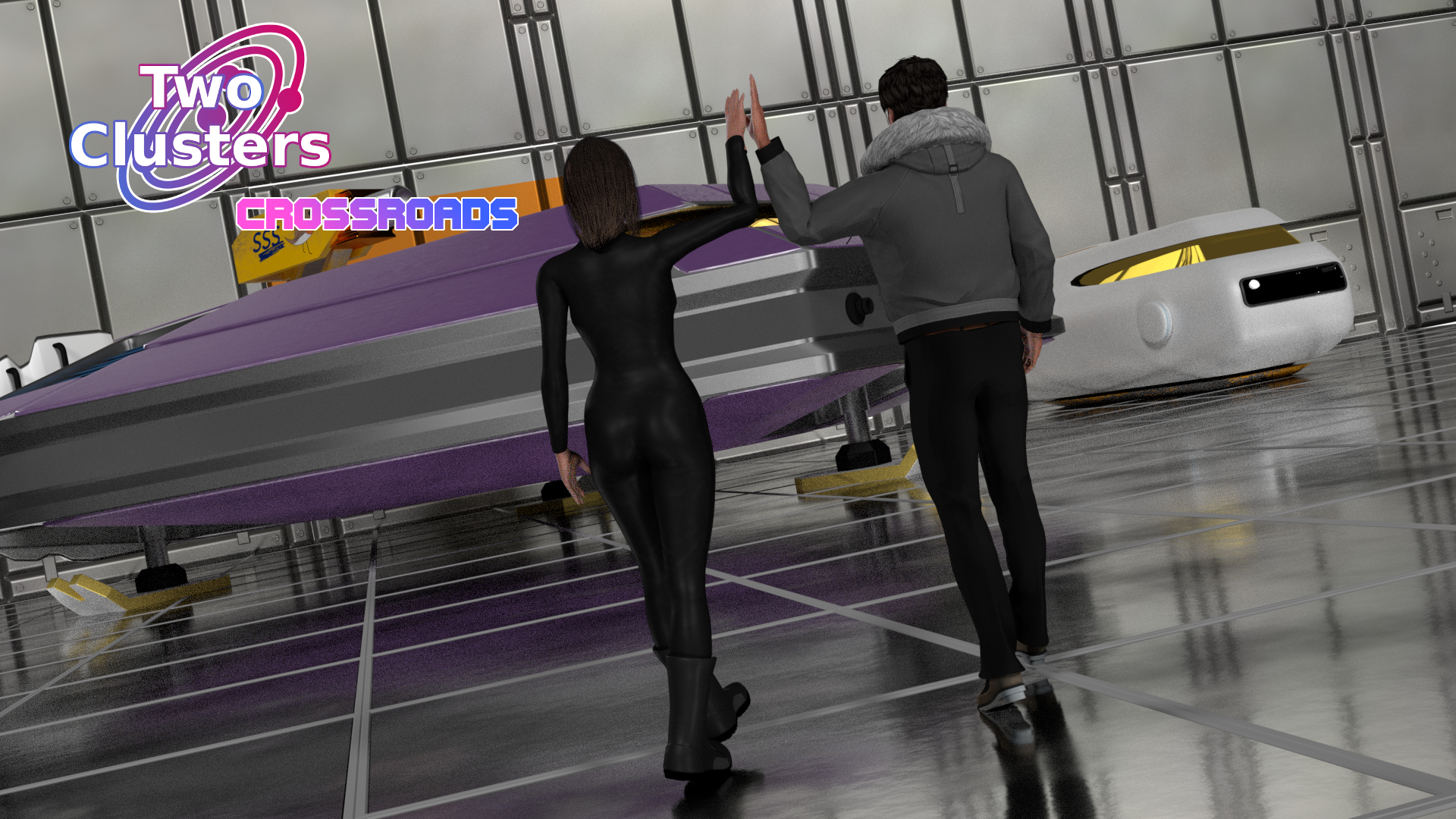 Year is 9614, Jaxx is a member of a pirate gang called “Wounded cats”. His life has been okay. Earning is fair. He has a girlfriend who’s been in a relationship with him for over a decade. There is no pressure to tie the knot.
Life is merry and well – until a new female member arrives at Wounded cats’ station amid political instability within Solar system.
She begins to shake his life and Jaxx will have decisions to make. Thus, “crossroads”.​

v 0.0.3
This patch introduces redesigned Veveno and her first sex scene with Jaxx.
2 new CG added to CG room.
Fresh start recommended due to added variables.
v0.0.2
Plot progresses and the first point of limited freedom can be reached.
UI improvements, not fully done yet though.
v0.0.1
Game version has gone back to the starting point.
The reason for that is that I’ve ported the game to Unity from RPG Maker MV. In doing so, there have been some substantial changes from the original game.
The obvious change is that the game is now a visual novel with 3D top down grid combat.
Another change is that the game is now 1080p. (Used to be 720p)
The girls, with an exception of Jessica, will be fullly redesigned as well. Jessica does have her hair style changed in this release.
This release is basically a demo with playable content of perhaps 5 minutes maximum. It has a shower peek scene and a combat event.
: Extra info
If the game feels bugged, please wipe out save and other data from the game folder.
On PC, your config/save folder is located on C:\Users/<Your username>\Appdata\LocalLow\Two Clusters Studio\TwoClusters_Crossroads
Wipe out content of the folder, including Unity folder.
DOWNLOAD
Win: –
Crossroads
PC, Mac, Linux
Game rating: 5 45

Welcome to the adult world with your wishes. Get this from MEGA or other file hostings right now, unzip, easy install in a couple of minutes and play this interactive game.

Try to be a good man and get what you want. It will be not just simple robots, there will be a lot of familiar characters that you will met.​ What will you do? Will you be a good man? Will you abuse your power and authority? Start now!