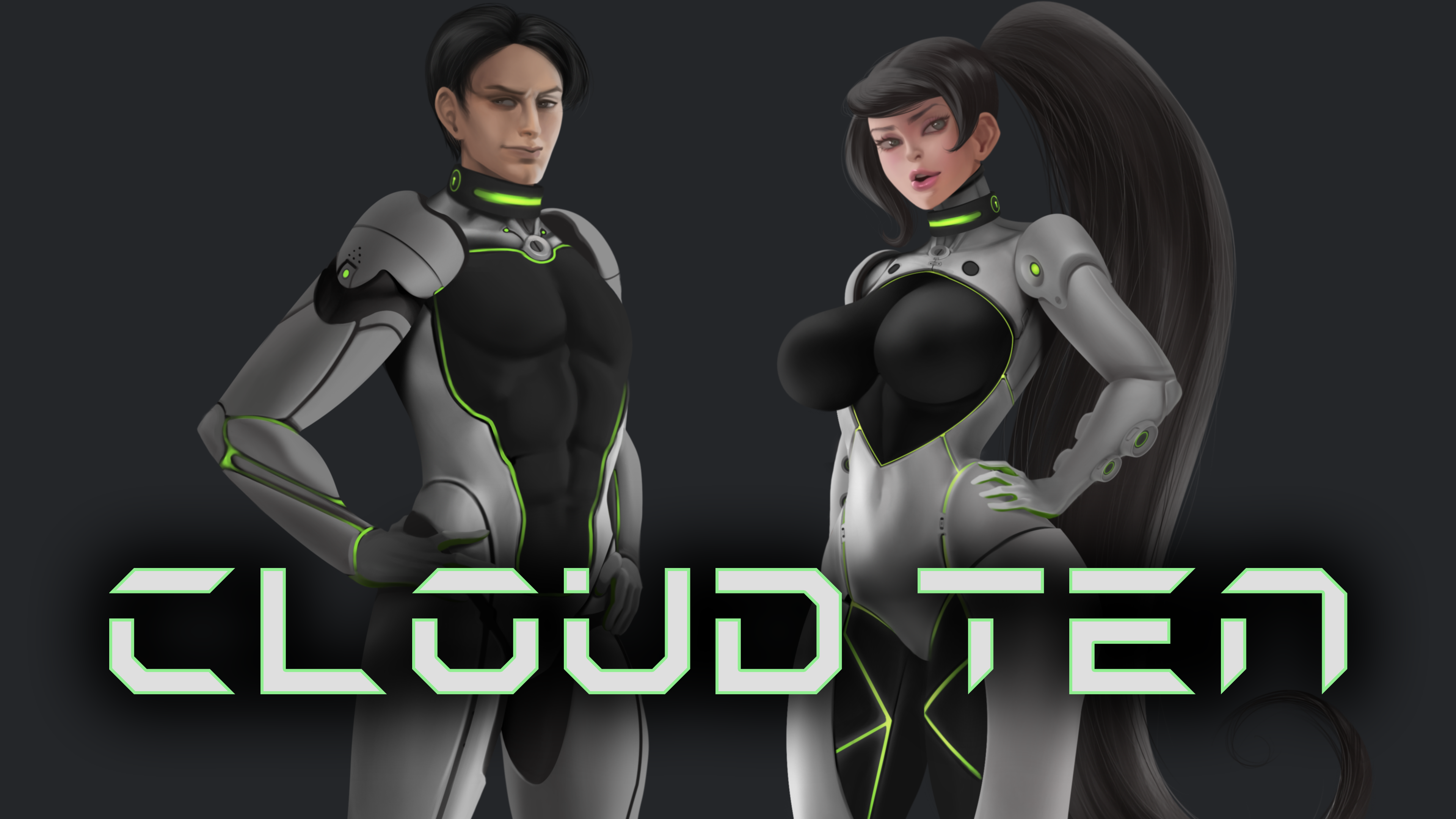 This game is so far the most my favorite one for line-base story telling games. There also some picture anyway but don’t expect there will be much as the game is promising and engaging in it own ways which I think interesting than the most game like this. The story is number 1 after all I feel like sometimes game like this with tons of line stories is going to be dull but turns out the whole concept is just unexpected and kinda underrated. After all this game are you looking for just a text game gaming experience. There is some cg but the official release that you can check in the official does have more advance updates but no cg as it’s only for patreon release. Oh, yea also need to set up the game. There is much stuff I want to cover as there is many appealing point in the gameplay itself, but I leave it to you guys.
Game desc:
Cloud 10 It’s the year 2335. At the edge of humanity’s galactic empire lies the Astanten Nebula, a region that defies all attempts to be studied or conquered. Within the colloquially named Cloud 10 are unfathomably ancient shipwrecks, baffling monuments to a forgotten past, rapacious alien lifeforms, and untold treasures. Beings are drawn from all over the galaxy; hunters, cultists, scientists, scavengers, even politicians, and royalty, all driven by the hope that, within the Cloud, they’ll find their own personal fortune and glory.
You are one such fortune seeker. Left for dead deep within the nebula, you find yourself rescued by a strange AI. With this uncertain partnership, you must explore the cosmos, track down your betrayer, overcome greedy aliens, and ultimately uncover the truth. But how will the harsh realities of surviving in Cloud 10 change you? Will the blissful promises of safety in the infinite hands of a monstrously powerful AI be too seductive to bear? Or will you assert your own authority over her? Only you will be able to decide.