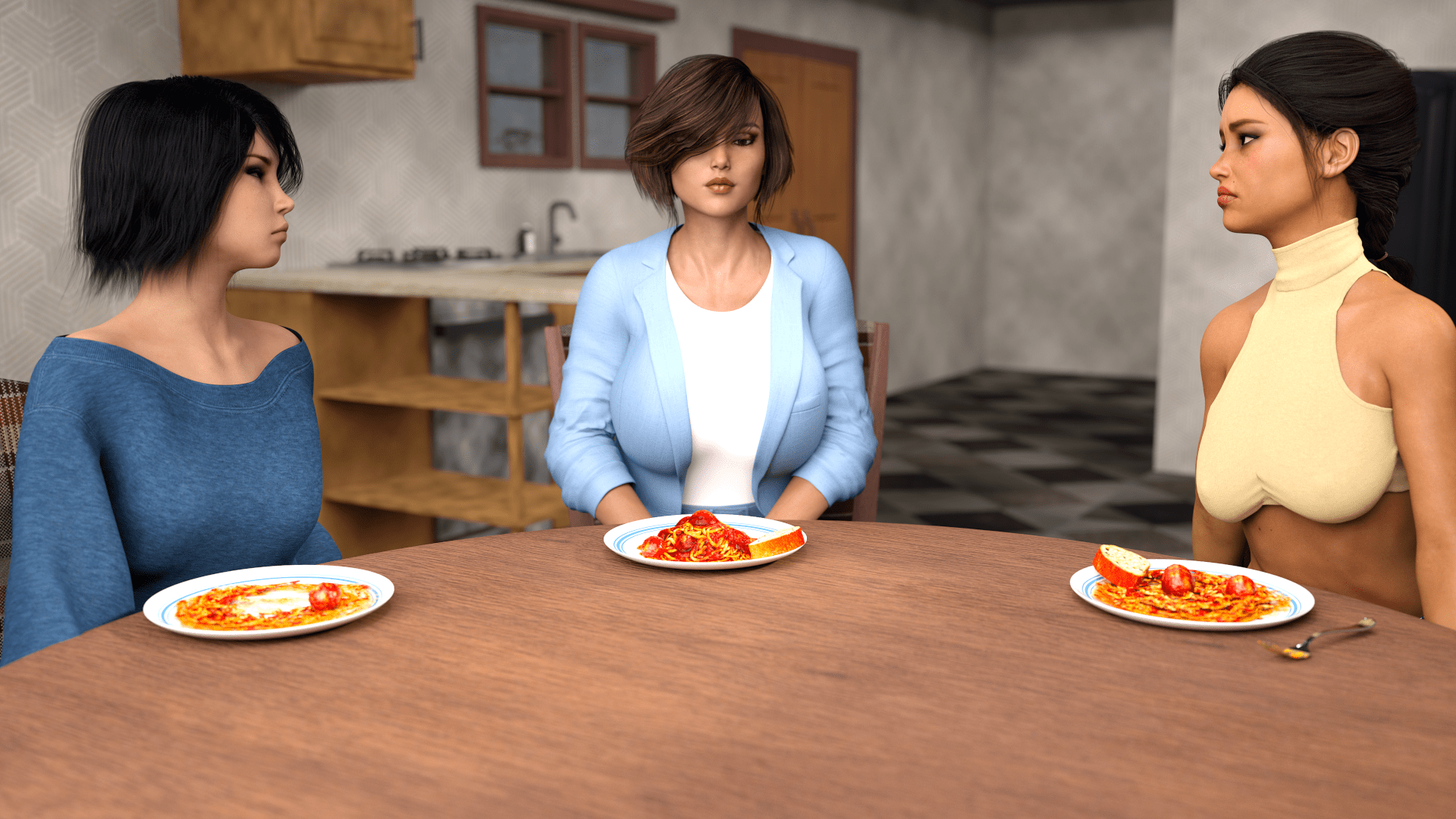 Overview:
You’ve spent your years thus far living a modest life in a rundown apartment with your mother and two sisters.
You don’t have much, but Mom works hard to send your sisters to school, and satisfy your basic needs.
You are content.
That is until, an unwelcome guest arrives in your home and it all starts to unravel.​

2023 January – Demo Release (No sexual content in this version yet)

The following is copied from the
Before you say anything let me just say yes, I know, there’s like a million of these things already out there but if you could please hold off for just a moment, I’d like to pitch my idea for a fresh take on the adult gaming monolith that is Big Brother (BB). I’m making the assumption you know what BB is and that many remakes exist already. If you don’t, have a search on this forum and have fun. Hopefully you’ll come back to this thread.
I’ve attached my BB fan-art up to this point, noting that these will not necessarily appear in the game.
Now onto my project;
The Premise
The BB story refreshed and recreated in Visual Novel format, through the perspective of Max, encompassing the lives of the characters before, during, and after the Villa.
How will this be different to all the remakes already out there?
Deep underneath the surface of the Big Brother story, I genuinely believe there’s a fun tale to be told, but it was always hampered by poor translations and the ungodly grind of sandbox mechanics.
With this project I want to achieve;
A cohesive and well paced, interactive, incest-storyNo grindCompelling charactersLots of pornA story written by a native English speakerWhat is this thread for?
Holding me accountable. I’ve tried making several VNs at this point and I’ve discovered I lack discipline for this kind of thing… Hoping that a public record will keep me in check.Community feedback and discussionPreviewsMonetization?
Probably a subscribestar of something at some point. But not until a stable version is out with a respectable chunk of content.
Current Status?
So far everything is conceptual. Hoping to start planning in 1-2 weeks.
January 23
Milestones?
I’d like to release a proof-of-concept by the end of 2022.Right now I’m working of redesigning Max’s familyJanuary 2023 Receiving feedback on DemoJanuary 2023 Working on 0.1 Release

Enter an virtual world of meetings with your wishes. Free download from MEGA or other file hostings right now, unpack, easy install and play this interactive game.

Try to be a good player and take what you really want. And it will be not just simple robots, there will be a lot of familiar characters that you will met.​ Will you find love and happiness? Will you be a good hero? Will you user your power and authority? Start now!