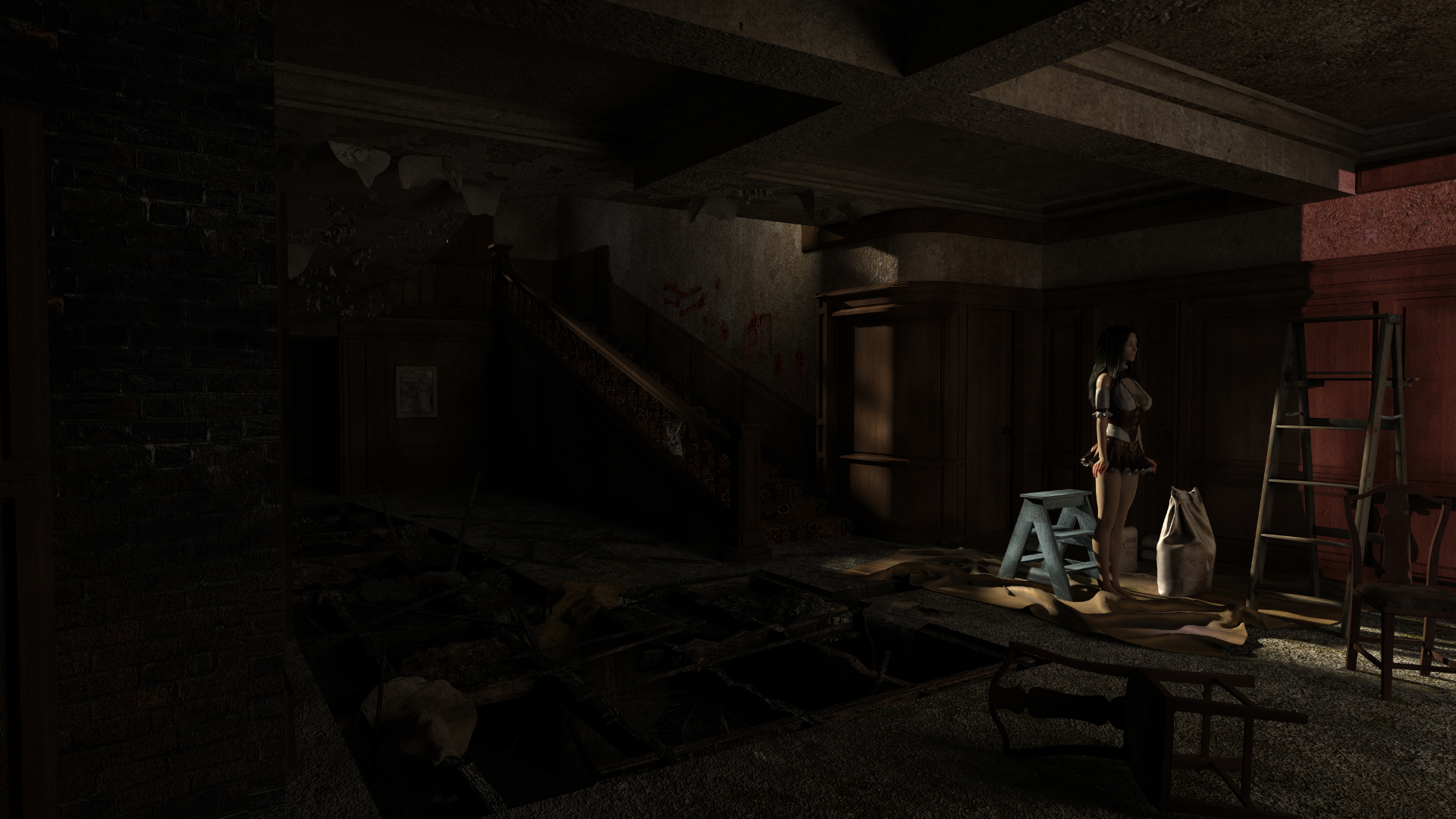 Description:
The apocalypse finally arrived.
But what decimated humanity was neither a nuclear war nor aliens coming to exterminate us. It was the nature itself that awoke to eliminate the cancer that was ravaging the planet for far too long : humanity.
This plague, which ended the reign of man, was nicknamed “The plant”.
Despite the efforts of governments, it’s rate of growth and the proliferation of the pollen couldn’t be contained. The grass covered the concrete, flowers grew on the corpses, mankind died out in a rattle of ridiculous agony, and the earth breathed again.
Only you and a handful of survivors remain.
Without rules, without law, in a tree of immense possibility, the choices you will make will only be dictated by your conscience and your desires.
At your darkest moments,
In an extinct world,
Where the civilization has collapsed,
What choices will you make ?
Will you walk among shadows…
Or will you seek to preserve the light…
Description
Apocalypse’ Lovers is an adult video game series based on the interactive virtual story model. But also includes different gameplay elements such as inventory management or resources gathering.
The game will be divided into episodes and chapters during which very different themes and topics will be addressed.
What will remain constant, however, is the fact that in this game, you, the player, will be at the center of the action all along. This means that you will have a direct impact on how the story unfolds and on the world in which you will evolve!

Be a smart player and get what you really want. It will be not just simple robots, there will be a lot of interesting persons that you’re totally gonna like.​ What will you do? Will you be a good hero? Will you user your power and authority? Start now!