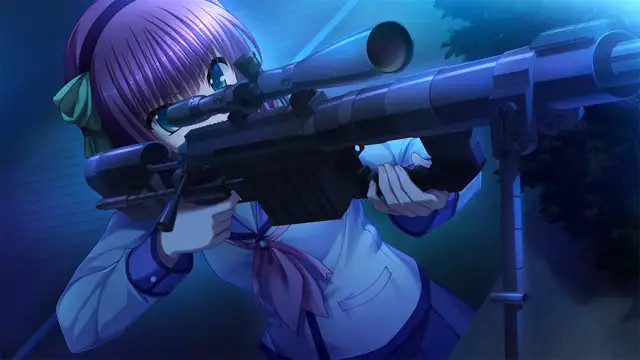 The story of the visual novel is to be based on the Angel Beats! anime series. The player takes on the role of Otonashi, a newcomer to the Afterlife who…

finds himself in the middle of a struggle between a group of students who call themselves the Shinda Sekai Sensen (“Afterlife Battlefront”), or SSS for short, and a mysterious girl who is known under the alias of Tenshi (Angel). The story will undergo changes from the original anime and will include story routes with each of the characters. It also stated that Otonashi will be very different than his original personality in the anime, and will change according to the choices made by the player.
The first volume was released on June 26, 2015, English translation April 04, 2020

Be a smart player and take what you want. It will be not just simple robots, there will be a lot of interesting persons that you will met.​ Will you find love and happiness? Will you be a good hero? Will you user your power and authority? Start now!