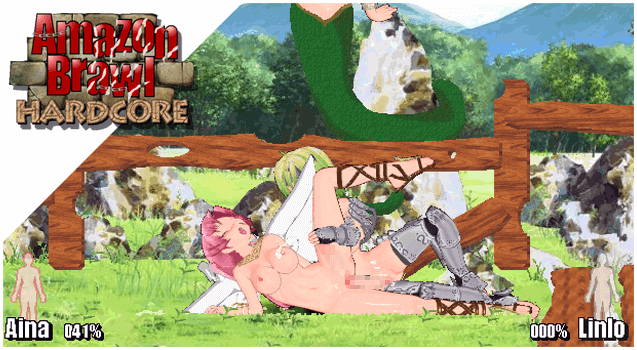 Kara, the leader of the amazon tribe, attempted to take 5 crystals to restore peace throughout the world. However, she was unsuccessful, leaving the amazon tribe with no leadership. If there isn’t a replacement soon, there will be chaos! So they decide to hold a tournament with the strongest warriors in the world to take her place! Who will become the winner?!​

Q: I can’t play the game. The window closes immediately!
A: This is a bug with the Fighter Maker 2nd. You have to make sure of two things: first, the name of the folder where your game is located shouldn’t be too long. Good: “C:\Hentai\Games\Amazon Kara\”, bad: “C:\documents and settings\Users\xyz\desktop\Hentai\…\”, you get the gist. Secondly, the folder can’t include a dot ( . ) in its name somewhere.
Q: I get an error trying to open the game, saying “The application was unable to start correctly (0xc0000022). Click OK to close the application.”
There seem to be some problems running the game in Win10. As I’m not using it, I can’t directly help you with the problem, but there are a few solutions going around:
“[…]try disabling your antivirus and then unpacking the game from the zip file again. Your DirectPlay could also be disabled, google ‘How to enable DirectPlay’”
-Anonymous
“Run ->
Type in “Turn windows features on or off” ->
Find “Legacy Components” ->
enable it ->
??? ->
profit”
-Enlit3D
Amazon Brawl Hardcore
PC, Mac, Linux
Game rating: 5 79 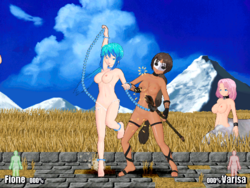 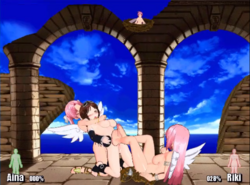 Try to be a good man and take what you really want. It will be you next second life, there will be a lot of interesting persons that you’re totally gonna like.​ What will you do? Will you be a good hero? Will you abuse your power and authority? Start now!