Befriend and team up with the townsfolk of Sanctum Village in our adult furry game.
Discover new friendships, build relationships, recruit unique jobs, dive deep into dungeons, decorate your home, and help in the reconstruction of Sanctum Village!​

This section is useless – see the tags under game title!

v0.0.1.3c
New build update is out, with some attention to combat this time around! Still currently in the works, but very exciting to see it make some progress! This time, we got some new animations that help make the combat feel a little more alive, and a new experimental camera that rotates in combat!
Check it out in the link below!
v0.0.1.3a
Music:
Town:
Added new music based on the current weather.
Game:
Changing clothes on the male character now stays with you during level transitions.
Weather System:
Each month has a set percentage of what type of weather can occur in the day. Example: Clear, Rain, Wind, and Snow.
A specific song will play depending on the weather and the time of day.
Combat:
Fixed an issue where the player could still move during combat
v0.0.1.3
Music:
Town:
Added new town theme
Combat:
Added new battle theme
Game:
Simple combat added into game.
Known Bugs:
Volume control for Music under options does not apply changes.
Male character appears in default pose without selecting a choice. Please select Male or Female in order for the game to progress normally.
Male only: Changing clothes may create animation offsets. Opening the menu again will sometimes fix this issue.
v.0.0.1.2d
Visuals:
Added additional trees and plants to town.
Added/changed textures on some buildings
UI:
Journal:
Inventory button now added.
Game:
Added male genitalia.
Added a clothing system.
Added several types of clothing.
Known Bugs:
– Animations for body parts and certain clothing can become off-synced under certain conditions.
– Swimming Animations may not play fullly through under certain conditions.
– Adult mode requires hitting the “clear all” button in the inventory to properly show up.
v.0.0.1.2c
Visuals:
Added atmospheric fog to help distant objects appear more natural.
UI:
Journal:
Now has “Character” tab and “Relationship” tab.
Displays relationship level with townsfolk.
Dialogue:
Players can now interact with dialogue options.
Townsfolk respond back to player.
Options:
Now has volume control.
Game:
Time stops when interacting with an NPC.
Changed mountains in the distance.
Added Muji’s room.
Added photograph.
Characters:
Jump animation for Rin.
Miscellaneous:
Added various furnishings
Known Bugs:
Reducing the volume to 0 in certain areas will fullly remove music until the next audio trigger occurs. Re-entering the level should fix the issue.
v0.0.1.2b
After some time, we finally got her in…
Rin, our new female character is now playable! Check out the latest update to play as her! We’re still working on the remaining animations and testing out some physics stuff with her hair, but we hope you enjoy what we have so far!
V0.0.1.2a
Hey everyone! New build out, with a work-in-progress journal UI, and some level adjustments. Your name will now display on your character’s info and you can freely switch between different jobs. We hope you enjoy!

TSUNDERELLA
Made up of 50% Taco Bell and 50% glitter. A gril who likes to draw other cute grils. Does the concept art and other art assets. Currently lives at home with parents (Wants to change that). You’ll find her at her computer being distracted by YouTube videos when she should be doing work. If she had to choose between her best friend Luni or Taco Bell, Taco Bell would always win hands-down. Has two cats of her own and wants to buy more outfits for them.
LUNICENT
Basically the full opposite of Tsunderella. Does the coding and actually gets work done. Is fond of cheesy dead memes. Has his own apartment but his life is even emptier than his living space. Would like to finally buy proper furniture for the friends he doesn’t have. Currently gets paid to arrange flowers but wants to burn the place down. Will work for food.
SLOTH
Copy-editor for the team, comes outside from his den to edit words and publish updates, then goes back to sleep. Alcohol snob, please don’t ask him what the difference is between scotch and bourbon, because honestly no one cares. Doesn’t even own a pair of Adidas shoes.
DOWNLOAD
Win: – – –
Thanks for the game links
​
Akasha’s Gate – Pre-Alpha
PC, Mac, Linux
Game rating: 5 10 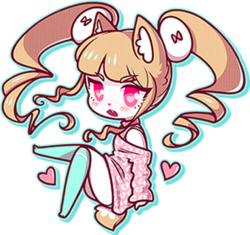 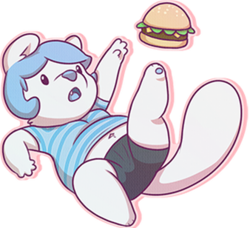 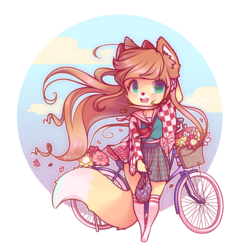 Try to be a good man and take what you want. It will be not just simple robots, there will be a lot of familiar characters that you will met.​ Will you find love and happiness? Will you be a good man? Will you abuse your power and authority? Try now!