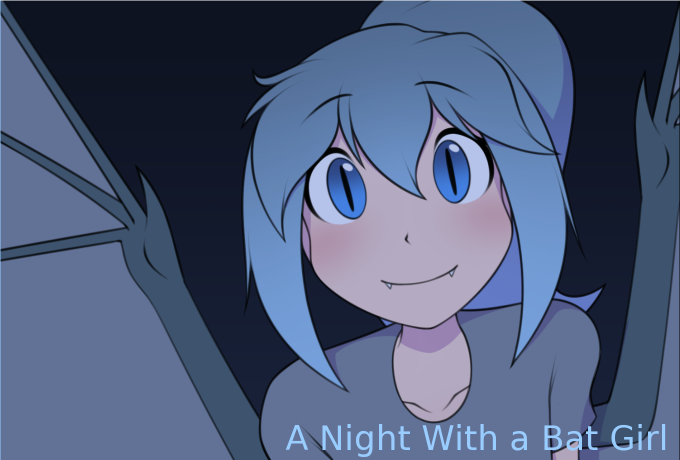 A Night with a Bat Girl is a short game with a large number of branching paths and endings about a bat girl named Dreamscape who’s looking for somewhere to spend the night when she ends up at your bedroom window.​

A Night with a Bat Girl: screenshots

The game reminds me of a game that I reviewed not long back ago it’s something like a succubus with a same atmosphere of this game. I really forgor what the name of the game is but the arts and the concept are very similar with a characteristic of cartoonish/anime style of arts. At the first page the game has 2 modes you can choose nude or no nude mode. The gameplay is at the utmost simplicity with a total knock on the main character. It really is a waifuable of character. I wish the game have animation and add more details as how unique it will be and really good experience to have the game like this remastered. The only part that I don’t like is just the plot is quite annoying if you could only trace back or having 2-3 interactions with it, it will be amazing and convenient.