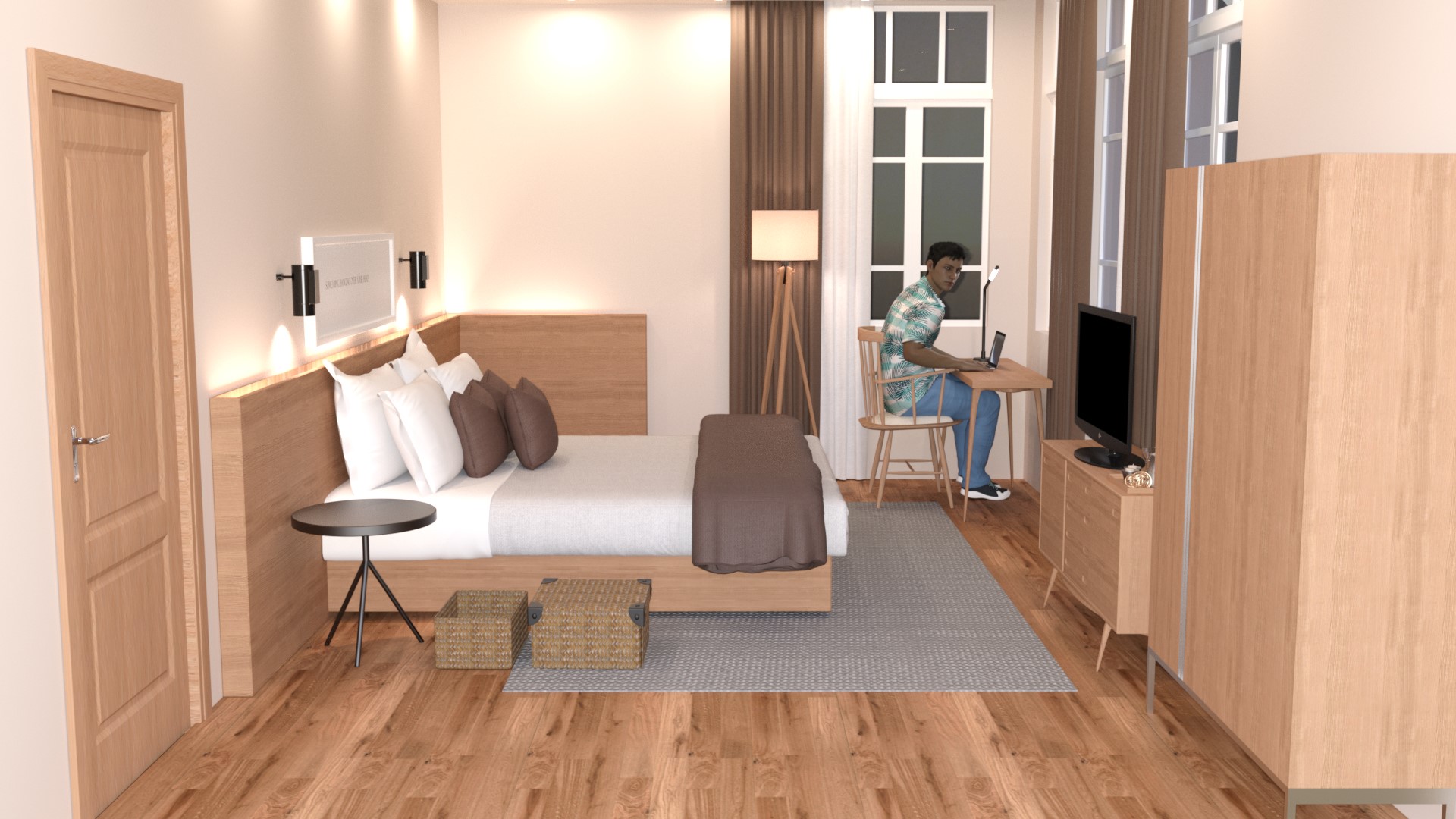 Story about a guy who is about to get a great opportunity and meet new people (women).​

I started working on this game at the very beginning of this year (2020) and so far I have learned a lot more about programming (RenPy and just Python) and rendering (I don’t have a Nvidia GPU so it’s all CPU rendering, the longest render so far has been 57,8h).
I have also spent a lot of time and money to get this far so ideally I would set up some way people could donate, but the game will stay free for everyone.
This is just a demo version, I wanted to get some feedback from people. If it’s mostly positive I’ll continue working on the game and uploading updates. If the feedback is negative I will still probably keep working on the game, I’ll just keep it private and not upload anything.
DOWNLOAD
Win/Linux: – – –
Mac: – – –
Others: *
*This unofficial port/version is not released by developer, download at your own risk.
​
&nbsp;
A Happy Life
PC, Mac, Linux
Game rating: 5 68

Enter an virtual world of meetings with your secret wishes. Free download from MEGA or other file hostings right now, unzip, easy install and play this adult game.

Try to be a good man and get what you really want. And it will be you next second life, there will be a lot of familiar characters that you’re totally gonna like.​ Will you find love and happiness? Will you be a good hero? Will you abuse your power and authority? Start now!