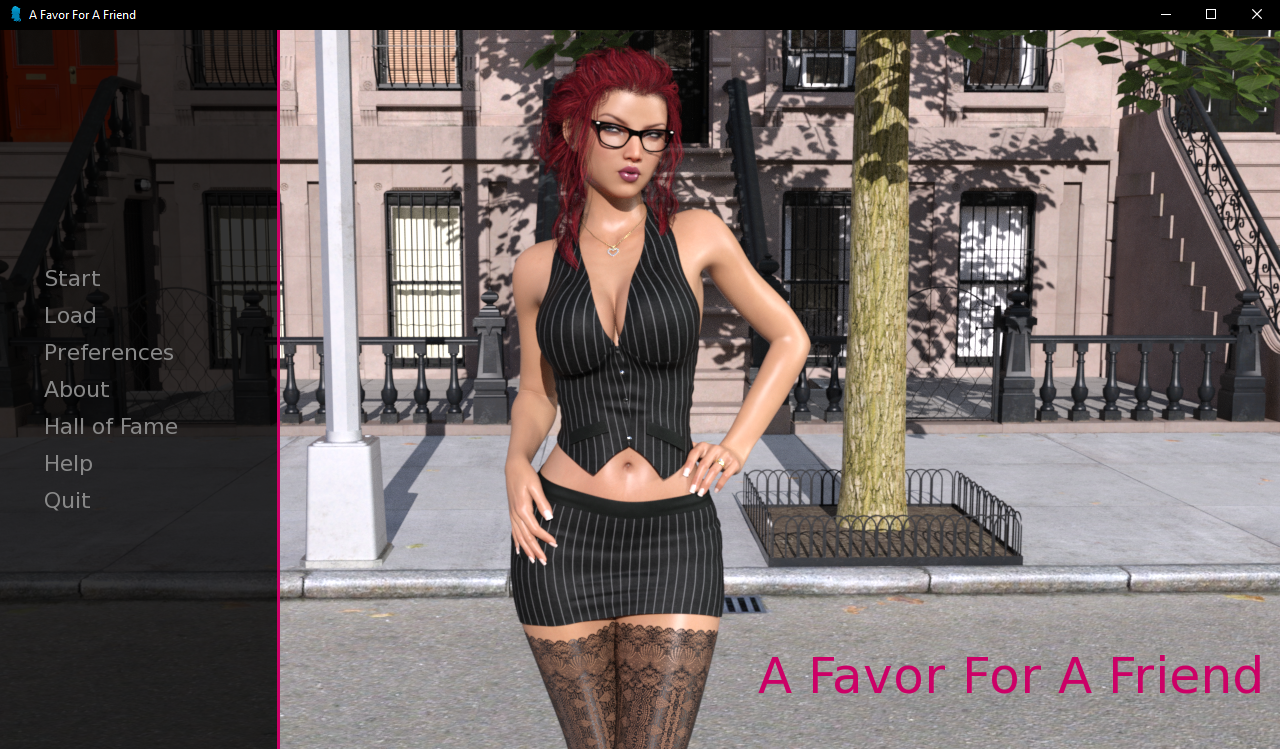 Description:
A choice based visual novel by ntrgames, This is a standalone release and has nothing to do with HOTN.
The Dev just using the same characters.​

A Favor For A Friend: screenshots

The game file on this page is currently corrupted. Until it is fixed, here are the alternative links for you to download:
Win/Linux : https://anonfiles.com/v0X9u1E7o2
Mac : https://anonfiles.com/11X7u0E7of
Android : https://anonfiles.com/34X9uaE8oe
Review :
The music in the game is louder than your average game sound, so please lower your volume before playing. It’s like 2x or 3x louder than normal. I can’t tell much about this game but the game has some NTR/cheating elements and is not very vanilla friendly. I’ve played games by developer NTRGames, and the developer makes several games, and I’ve played some of them already. The renders and animations are quite excellent. This game is really short.